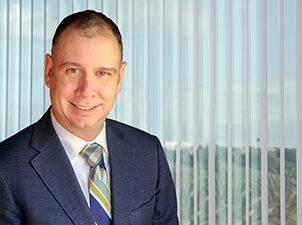 âI have great respect for those who, many decades ago, were able to so successfully develop a system of laws to govern things that were not yet invented.â

Curtis S. Dodd has been working with IP owners to obtain, defend, monetize, and enforce their patent rights since 2003. Curt joined Fitch Even as a senior licensing specialist and patent analyst based in our San Diego office in late 2017. In this role, he works with clients to monetize their patented technology, particularly in the network communications and consumer electronics spaces.

Curt began his legal career as an associate at a large national Canadian law firm, where he focused on IP litigation and patent prosecution. In 2003 he joined a major multinational telecommunications and data networking equipment manufacturer based in Ottawa, Canada, where as IP counsel he managed its 4G wireless portfolio, which was ultimately sold in a high-profile $4.5 billion transaction.

In 2007 Curt joined a wireless pioneer turned intellectual property licensing company, where he managed all patent-related matters for its licensing programs and associated litigation. There he assisted in generating hundreds of millions of dollars in licensing revenue from the company’s core Wi-Fi and CDMA patents and helped grow its portfolio from approximately 150 to over 1,000 patent assets. Curt was also responsible for leading key patent acquisitions, as well as developing and overseeing the company’s portfolio management function.

Curt subsequently spent four years with a leading U.S.-based IP licensing company, assisting it and its partners in generating significant licensing revenue from their wireless and mobile operating system patents. He was also instrumental in helping the company to greatly increase its wireless position through acquisitions.

With his considerable acumen in patent valuation, monetization, and portfolio management, Curt is uniquely situated to provide strategic planning, enforcement, and licensing counsel to IP owners in a broad range of technical fields.