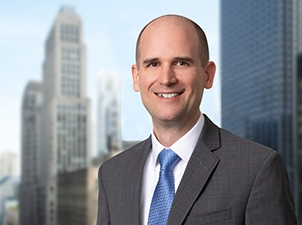 âI am always fascinated with new technologies and new applications of technology. Working with inventors to identify and protect their inventions makes my job especially gratifying.â

David A. Gosse helps clients protect their intellectual property rights through litigation, working on all phases of litigation matters, ranging from due diligence investigations through trial and post-trial motions. In district court litigation, Dave has substantial pre-trial and trial experience, including multiple jury trials relating to patent infringement, validity, and breach of license. He has argued claim construction and motions for summary judgment and has deposed numerous fact and expert witnesses. He has extensive experience working with expert witnesses to develop their reports, prepare for depositions, and polish their trial testimony.

In addition, Dave helps clients procure broad intellectual property protection at the U.S. Patent and Trademark Office, beginning with patent drafting and prosecution and extending to post-issuance reexamination and AIA proceedings as appropriate. He has successfully argued on appeal to the Patent and Trademark Appeal Board and has successfully defended patent owners against inter partes review and covered business method petitions at both the preliminary response stage and after institution of trial. Because his practice extends to both the acquisition and the enforcement of patent rights, Dave is better able to understand and evaluate issues that arise in intellectual property protection.

Trained as a mechanical engineer, Dave worked for an engineering and software development firm before attending law school. He has practical, hands-on experience in systems integration, developing automation control solutions for many different industries on a variety of platforms, including robots, machine vision systems, PCs, and programmable logic controllers.