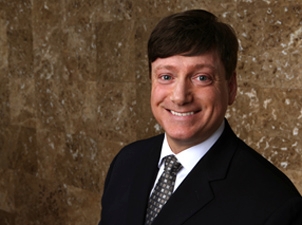 âDoing a good job is not enough. Itâs my responsibility to ensure we work strategically and effectively toward delivering outstanding results for all our clients.â

Tim has served in first-chair and second-chair roles in numerous successful jury and bench trials. He also handles appeals and has successfully argued several cases before the U.S. Court of Appeals for the Federal Circuit.

Tim has a keen interest and deep experience in IP monetization strategies and programs. He has been instrumental in the firm’s contingent-fee litigation and technology licensing practice, which has helped numerous smaller businesses and entrepreneurs to enforce and monetize their IP rights, collecting hundreds of millions of dollars in verdicts, settlements, license revenue, and portfolio sale proceeds on their behalf.

In high-stakes patent post-issuance proceedings, representation by a legal team with both USPTO and litigation experience is often the ideal. Tim has had a primary role in over 100 such proceedings emanating from high-stakes patent litigations, developing a notably strong track record. Tim was recently recognized in an independent study as the #3 best performing attorney representing patent owners in IPR proceedings and is ranked among the top 1% of best performing attorneys overall. His contributions have helped position the firm as one of the top 5 performing law firms representing patent owners in IPRs, as reported by IAM.

Tim served as Fitch Even's Managing Partner from 2010 through 2016 and is currently a member of the firm's Executive Committee, Business Development Committee, and the DE&I Committee.

Outside the Box Innovations, LLC v. Travel Caddy, Inc. (Fed. Cir. 2012). Lead counsel representing patent owner in appeal from district court judgment of partial infringement, invalidity, and unenforceability of patents directed to tool-carrying bags. After assuming representation from another firm, obtained reversal of both grounds of inequitable conduct, vacator of invalidity ruling, and affirmance of infringement ruling as to one product.