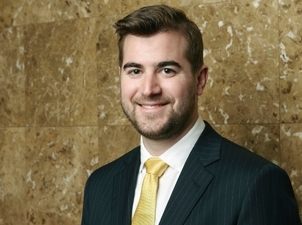 George N. Dandalides is a registered patent attorney currently focusing his practice on domestic and international patent preparation and prosecution. He has worked with clients ranging from smaller technology enterprises to Fortune 500 companies, many in the computer technology, telecommunications, and other high-tech industries.

George leverages his strong background in physics and computer programming to assist his clients in areas including these:

Prior to joining Fitch Even, George was an associate in the Chicago office of a Texas-based IP law boutique. While attending Tulane University Law School, he served as a law clerk to the Honorable Charles E. Poston of the Fourth Judicial Circuit of Virginia.

Performs freedom-to-operate analysis for both small and large companies.

Prepared and prosecuted foreign and domestic patent applications directed to computer hardware, software, and architecture for a large technology company.