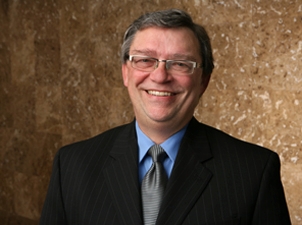 âBeing a lawyer is an honor. The opportunity to help people create and carry out a successful IP strategy holds great rewards.â

Joseph T. Nabor has chaired the firm’s Trademark, Brands, and Copyright Practice Group since 1989. During that time, he has prosecuted thousands of domestic and foreign trademark applications, including renewals and affidavits of use.

Joe’s practice comprises primarily trademark work—both prosecution and litigation, domestic as well as international—along with copyright and patent counseling. He has been extensively involved in the conduct of discovery, the negotiation of settlement, an extensive motion practice, as well as obtaining and defending against the issuance of injunctions. Joe has been the lead attorney in hundreds of oppositions before the Trademark Trial and Appeal Board (TTAB), in addition to directing oppositions and similar proceedings internationally.

All manner of clients, from start-up companies to Fortune 100 leaders in numerous industries, have sought Joe’s counsel for sophisticated brand and portfolio development strategies. These transactions have included securing trademark rights throughout the world. Joe has also been involved in the acquisition of the intellectual property portfolios of many industry leaders. His clients rely on Joe’s practical approach, which starts with listening to the client to understand the desired outcome, then applying his experience and knowledge to best position the matter, while looking beyond just the legal perimeters to strategically reach the targeted goal.

Prior to passing the bar in 1989, Joe worked at Fitch Even as a senior paralegal for 10 years.

U.S. Hanger Design Center, Inc. v. Caliber Corporation (E.D.N.Y. 2016). Represented Caliber in this matter that challenged the rights of Caliber to a unique configuration trademark. Following service of the complaint, we initiated discussions with the counsel for Plaintiff, which resulted in the complaint being withdrawn before the Answer was due based on those discussions.

Medefil, Inc. v. Messias Bassile (TTAB 2015). Represented Medefil in the enforcement of its trademark rights. Opposition was sustained on a default judgment resulting in the refusal of registration of the objectionable mark.

CTIA – The Wireless Association v. Enterprise Products Integration (TTAB 2015). Represented CTIA in the enforcement of its trademark rights. Opposition was sustained on a default judgment resulting in the refusal of registration of the objectionable mark.

Nature Delivered Ltd. v. The Purington Beverage Company, LLC (TTAB 2015). Represented Nature Delivered in the enforcement of its trademark rights. Opposition was sustained on a default judgment resulting in the refusal of registration of the objectionable mark.

The Federated Group, Inc. v. Forefront Enterprises, LLC (TTAB 2014). Represented The Federated Group in opposition to registration for RED & WHITE and negotiated settlement resulting in express limitations on the applicant’s use of its mark.

The Chamberlain Group v. VBN Sales LLC (TTAB 2013). Represented Chamberlain in this opposition to the mark Lockmaster. Successfully resulted in the applicant expressly withdrawing the application.

The Chamberlain Group, Inc. v. Lynx Industries, Inc. (TTAB 2012). Case involved three oppositions that were consolidated into one proceeding. Represented Chamberlain in the earlier U.S. case and was intrinsically involved in the subsequent Canadian opposition and appeal. Case went to trial before the USPTO Trademark Trial and Appeal Board. The client prevailed, and registration was refused in all three cases.