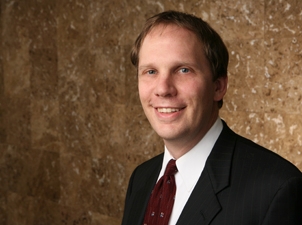 âI came to Fitch Even from a large general practice firm so I could work at a collegial firm dedicated to IP law. We share our best ideas as well as best practices, a great benefit to our clients.â

A partner in the firm’s Chicago office, Rudy I. Kratz supervises Fitch Even's International Practice Group. In this role, he counsels clients seeking patent and design protection in key jurisdictions and in developing and implementing international IP protection strategies.

Rudy also manages the firm's relationships with an extensive network of leading firms across the globe. In this capacity, he works with international agents in the preparation and prosecution of patent and design applications in countries and jurisdictions in all regions of the world, including, as representative examples, Argentina, Australia, Brazil, Canada, China, the European Patent Office, Japan, Korea, New Zealand, Russia, and South Africa. Rudy prepares Patent Cooperation Treaty (PCT) applications and pursues international protection through PCT national phase and Paris Convention applications. In addition, he is knowledgeable about strategies for and alternative forms of IP protection in countries outside the United States.

In addition to his focus on international IP protection, Rudy handles IP procurement and counseling matters in the U.S. He assists clients with U.S. patent preparation and prosecution and with opinions regarding patentability, infringement, and validity. Rudy also prepares and prosecutes patent and design applications in the U.S. for international agents and clients, including PCT applications entering the U.S. national phase.

Rudy also has experience with the enforcement of IP through licensing and litigation. He has represented clients in patent infringement, trademark and trade dress infringement, unfair competition, contract, licensing, and copyright actions in the U.S. and has successfully litigated cases before various district and appellate courts throughout the U.S. In addition, Rudy has worked with international agents to enforce IP rights, as well as to defend against the assertion of IP rights, in countries outside of the U.S.

Represented multinational client in its patent and design filing protocol and strategy with applications in numerous countries worldwide.

Represented large global electronics company in preparing numerous patent applications in the U.S. and other countries directed to computer-implemented technologies.