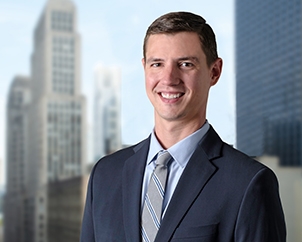 âI enjoy practicing patent law because I believe in rewarding ingenuity and innovation.â

IllinoisMichiganU.S. Patent and Trademark OfficeU.S. District Court for the Northern District of Illinois

Brett’s diverse practice also encompasses IP litigation and patent post-issuance proceedings, offering his clients a full array of patent portfolio management tools. He has provided capable assistance in representing clients during all phases of the litigation process from discovery to trial.

Brett counsels clients engaged in a variety of technical areas, including these:

Following Fitch Even’s service credo, Brett strives to gain a keen understanding of each client’s business so he can partner with them to meet their unique needs and achieve their business goals.

In addition, Brett was an integral member of the litigation team for the following matters: