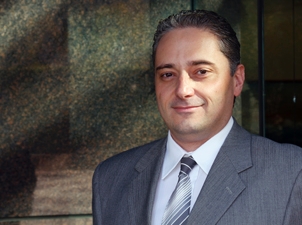 âWorking with inventors allows me to witness firsthand how passionate they are about their creations. I find it very gratifying to help them transform their ideas into patents.â

CaliforniaU.S. Patent and Trademark OfficeU.S. Court of Appeals for the Federal CircuitU.S. District Court for the Central, Southern, Northern, and Eastern Districts of California

David M. Kogan has strong capabilities in both patent prosecution and litigation, combined with substantial experience in prosecuting reexamination proceedings for patents that are being litigated. His skills and experience integrate with a wider focus on counseling large, midsized, and start-up companies on worldwide IP portfolio management, strategic development, and licensing.

In the area of patent prosecution, David primarily responds to U.S. Patent and Trademark Office actions in domestic and foreign patent applications and prepares new patent applications for inventions relating to mechanical, chemical, pharmaceutical, and software technologies. Most of David’s IP litigation experience is with cases involving patent infringement, but he also has litigated trademark, copyright, and trade secret disputes. In addition, he is experienced in conducting IP due diligence and freedom-to-operate studies.

David is fluent in Russian.

Successfully prosecuted a reissue application and obtained a reissue patent directed to a mechanical system despite an unfavorable Federal Circuit decision regarding the parent patent.

Successfully represented a client in a patent infringement action involving mechanical devices and performed an IP due diligence study after the client acquired the defendant company.

Successfully prosecuted several concurrent ex parte reexamination proceedings directed to software technology, which resulted in reexamination certificates confirming the patentability of all claims of all patents without any amendments.